Golden Semicolon is a Czech PR competition focused on corporate media and content communication strategies organized by PR Klub, Czech association of public relations professionals. Each Year, in addition to recognizing 15 corporate awards, PR Klub also honors one PR professional as the “PR Personality” of the year, which this year is Patrik Schober, Managing Partner of the PRAM Consulting. 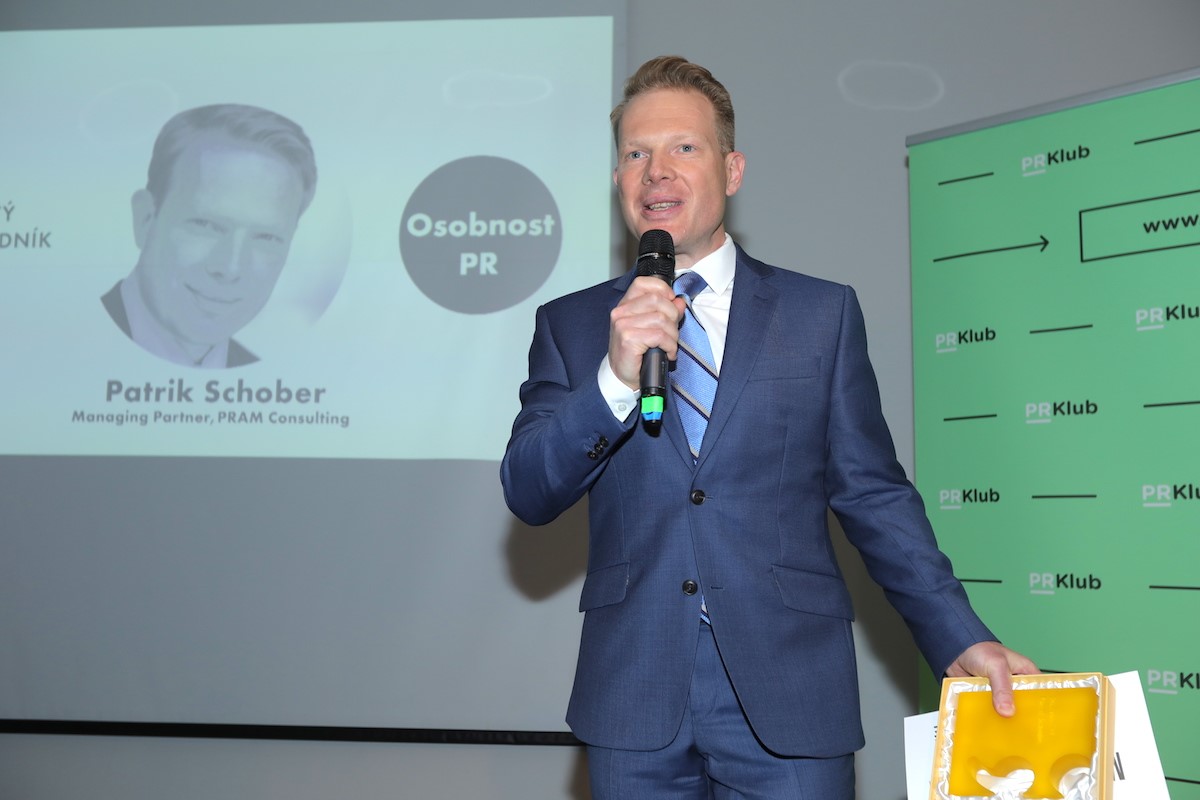 Patrik Schober has been working on the Czech and foreign PR scenes for many years. Throughout his career, Schober actively promotes an increase in ethical behaviors among agencies and educational development activities in the Public Relations fields. He is the Founder and Managing Partner of PRAM Consulting PR agency, Vice-President of the Czech Association of Public Relations Agencies (APRA) and Chairman of the Worldcom Public Relations Group. Worldcom PR is the world’s leading partnership of independently owned public relations firms, with 143 offices employing some 2,000 staff in 115 cities across six continents. In total, Worldcom partners reported combined revenue of US$288 million last year from 3,034 clients.

Besides these activities he is also responsible, for the Czech PR Awards competition, he teaches media communication at the University of Economics in Prague and co-operates with the server Mediar.cz in organizing a series of workshops focused on current PR topics called PR Brunch.

"We wanted to acknowledge not only Patrik Schober's long-term work in the Czech market, but also his international activities, which help impact the PR Industry as a whole," said Petr Langer, Chairman of the Executive Committee of the PR Klub. “Patrik sets a great example and standard for others to follow.”

About The Worldcom Public Relations Group

The Worldcom Public Relations Group is the world’s leading partnership of independently owned public relations firms, with 143 offices employing some 2,000 staff in 115 cities across six continents. In total, Worldcom partners reported combined revenue of US$288 million last year from 3,034 clients. Established in 1988, the group was formed so that the strongest, most capable independent firms could deliver immediate impact and sustained value through the intelligent use of communications – wherever in the world a client needs support. Partners serve national, international and multinational clients, while retaining the flexibility and client-service focus inherent in independent agencies. Through Worldcom, clients have on-demand access to in-depth communications expertise from professionals who understand the language, culture and customs of the geographic areas in which they operate.